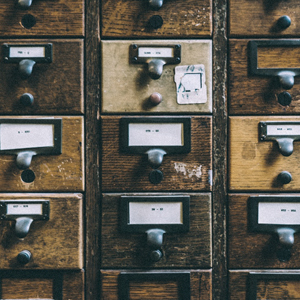 Jane Flaherty of Newquay firm Greenways Law wrote to us regarding the estate of Philip Kerr. Philip had left part of his residuary estate to “such of my grandchildren as shall reach the age of eighteen and if more than one in equal shares.” Jane knew that Philip had had one son, James, from whom he had been estranged for decades but, beyond that, the position was not clear.

Jane wasn’t in contact with James and needed to know who, how many, and where, the grandchildren, if any, were.

We agreed fees with Jane and, once instructed, we documented James’s birth and marriage and identified his own daughters – Philip’s grandchildren – and went on to locate them.

We discovered that following Philip’s estrangement from his father he had taken his mother’s maiden name – Renshaw – as his surname. Once we’d completed our research and located the grandchildren, Jane was able to distribute to them and wrap the estate up. The matter took less time to clear up than we’d agreed fees for and we reflected that in our invoice, coming in under budget.

Jane said
“Matthew Moore and his team settled this case very quickly and cost-effectively for me – I’d be happy to refer work to them in future.”