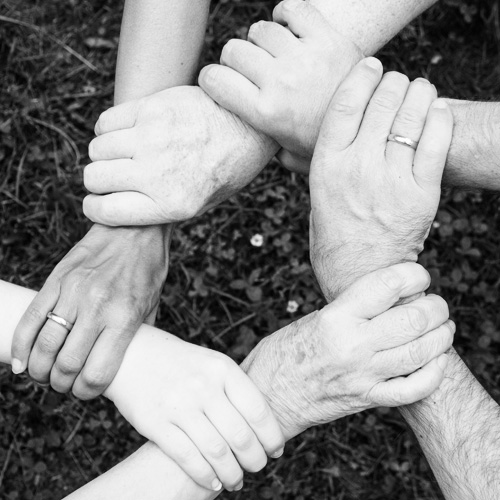 I was the Master of the Court of Protection from 1996 to 2007 and the Senior Judge of the court from 2007 until I retired in 2016. During those twenty years I made over 400 orders authorising the creation of a statutory will.

A statutory will is a will approved by the Court of Protection on behalf of someone who is now mentally incapable of making a will, and has either made a will that needs to be changed for some reason, or has never made a will before and would otherwise die intestate.

The Court of Protection has had the power to make orders approving statutory wills since 1970. England and Wales was the first jurisdiction in the world to enact legislation of this kind and several Commonwealth countries have followed suit, including all the states of Australia.

Personally, I am a great fan of statutory wills because they are a highly effective way of remedying an injustice or a potentially unfair situation. Let me give you a couple of examples.

In 1987, when I was a solicitor in private practice, I had a client called Matilda, who lived in a small, two-up-two-down, terraced house in Exeter.

Many years earlier she had made a will leaving her house to her niece, and the rest of her estate to the Royal National Lifeboat Institution (RNLI).

She became increasingly incapable of looking after herself and eventually social services intervened and removed her from her house to a care home.

Her house was in an appalling state of squalor and had to be fumigated by pest control professionals. There was no way that she was capable of returning there and it had to be sold to pay her care home fees.

At that time, Matilda’s house was worth £22,000 and the rest of her estate was worth £11,000. The potentially unfair situation was that, if the house were sold, Matilda’s niece would lose her inheritance and the RNLI would receive the entire estate.

As Matilda was no longer mentally capable of making a new will herself, the obvious solution was to apply to the Court of Protection for an order to execute a statutory will on her behalf, leaving two-thirds of her estate to her niece and one-third to the RNLI.

In December 1987 I appeared before my predecessor, who happily approved the application. The will was signed shortly afterwards and Matilda died two years later.

Another scenario in which statutory wills are very useful is when someone has been the victim of financial abuse. This happened in the case of Rosalie, who was born in 1903 and lived in Surrey. She had been a widow for over fifty years and had no children.

In 2002, when she was 99 and becoming increasingly frail, she was befriended by a neighbour called Mr S, who assumed the role of her carer.

In February 2003 she made an Enduring Power of Attorney, in which she appointed Mr S to be her attorney. At that time her estate consisted of her house, which was worth about £750,000, and life savings of roughly £200,000.

A month later, she signed a will, in which she left her entire estate to Mr S, who then embarked upon a series of transactions designed to minimise the amount of inheritance tax that he would have to pay on her death. Potentially, the tax bill could have been as high as £275,000.

The most audacious of these schemes was to try to marry her, so that he would qualify for the surviving spouse exemption and no inheritance tax would be payable at all.

In September 2004 he made her traipse along to Guildford Register Office. They must have looked a very odd couple. She was 101 and he was 64 and, when they appeared before the registrar, Rosalie asked, “Where am I? Who is this man? Have we come to change the will?”  The registrar wasn’t satisfied that Rosalie had the capacity to marry and he refused to proceed with the wedding.

Surrey Social Services were alerted, as were the police, and Mr S was eventually convicted of theft in respect of some of the more mundane measures he had taken to save inheritance tax.

In the meantime, the Court of Protection appointed a solicitor from the firm that had previously acted for Rosalie since the 1960s to manage her property and financial affairs, and the solicitor applied to the court for an order authorising the execution of a statutory will to restore the status quo before Mr S had intervened.

The hearing took place in August 2005 and I decided that, if Rosalie knew what was going on, she would feel utterly violated and would exclude Mr S from any benefit under her will.

I ordered that a statutory will be made reinstating the terms of a previous will she had made in February 1993, in which she had left her residuary estate to her cousins in South Africa. The will was duly signed on her behalf and she died eighteen months later, aged 103.

When the Court of Protection considers an application for a statutory will, anyone who is materially and adversely affected by the proposed will must be served with a copy of the application, so that they can make their views known to the judge, and justice can be done and be seen to be done.

Occasionally – especially if someone has never made a will before and would otherwise die intestate – we don’t always know who may be materially and adversely affected by an application for a statutory will.

In these situations the Court of Protection usually authorises the applicant to spend up to a specified sum, which varies proportionately according to the size of the estate, on engaging professional genealogists to locate the heirs who are entitled on intestacy, and I am delighted to say that in most cases the genealogists manage to track them down.